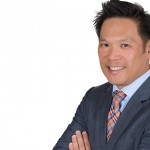 Paul Hwang was born in 1968, the Chinese astrological year of the Monkey, to immigrant graduate school parents from China searching for the American dream. Paul was named after his hometown of St. Paul Minnesota! Paul’s baby sister Sheila (almost Minnie after Minneapolis) is a Professor of English Literature in the Midwest. His mother Mary was a mathematician and computer scientist working at Singer and Control Data working on the earliest computer operating systems. His father Edward, a nuclear physicist, had an opportunity to work at Lawrence Livermore Laboratory and the family moved to California in the 1970s. The family settled in San Ramon, where Paul attended elementary, middle and High School.

He continued his education at the University of California at Davis. After graduation he was named on a couple of patents while working in the Pharmaceutical and Information Technology Industries. During this period he aquired a few properties and was lucky enough to have the ability to take some time off from work. Paul met the love of his life Judy, and soon they were married. It immediately became apparent that this “Man of Leisure” stuff was not going to fly with Judy; not a good example for his three children. Paul’s mother, father and Uncle encouraged him to pursue real estate, which he always loved, but felt realtors were mostly annoying and basically useless. After working for a year at Prudential, he decided he wanted to focus on cool stuff; Downtown High Rises in San Francisco! One of the properties Judy and Paul owned was a ground floor commercial space in the middle of South Beach, San Francisco’s New High Rise Condo neighborhood. Skybox Realty was born!

Since 2006, Paul has been Ranked the #1 Agent in South Beach, selling more units and completing more transactions than anyone! Along the way he has consistently set New Price Sales Records year over year and has a proven historical track record of the highest performance. Among Paul’s latest projects is the building of a new fully interactive Sales Gallery that will showcase all the high rise residential buildings in South Beach.

Favorite SF Restaurant
Quince (where he proposed to Judy)